To share your memory on the wall of Bob Phipps, sign in using one of the following options:

Print
Robert “Bob” Howard Phipps, age 91, passed away Monday March 29, 2021 at his home in Anderson, South Carolina with his wife of nearly 70 years, and his family at his side.

Bob was a graduate of Pendleton High School class of 1949 in Pendleton, Oregon. After graduation, he joined the U. S. Navy and attended electronics school after bootcamp at Treasure Island in San Francisco, California. He served aboard the U. S. S. Rowan DD-782. When his tour ended, he returned to Pendleton where he met and married his wife Jaimiee “Irene” Findlay on November, 1, 1951.

He was recalled to active duty during the Korean war in 1952. He continued his service until June 1974 when he retired as an Electronics Chief Technician. During one phase of his service, he was responsible for the upkeep of sites and for the instruction of Naval Reservists in Pendleton and North Bend, Oregon; and in Walla Walla and Tri Cities, Washington. He became an instructor of electronics at Treasure Island. He also served aboard the U. S. S. Jason AR8 a Naval repair ship. A highlight of his Naval career was when he served at the Communication Station at San Miguel in the Philippines from 1969-1971 accompanied by his family. Although he was not a submariner, he was attached to Sub Ron Three Staff for two years prior to his retirement.

Bob was very active in the Boy Scouts of America for over 50 years. He was a Wood Badge trained scouter who taught adults and youth. He served as an assistant Scout Master, Scout Master and as a committee member in Empire Oregon, the Far East Council; San Francisco Council; and San Diego Council where he formed an inner-city troop that was sponsored by his church. He continued participating in the BSA program after his retirement from the Navy in the Blue Mountain Council in Pendleton, OR where he formed another church sponsored troop. He was honored with the District Award of Merit.

In addition to his scouting, he was very involved in his church, the First Church of God, as a Sunday school teacher; a member of various committees; and Chairman of the Board. He was also a lifetime member of the Pendleton VFW Let‘er Buck post 922.

He was an instructor in the Electronics Department of Blue Mountain Community College in Pendleton, Oregon and then at Kenai Peninsula College in Soldotna, Alaska after he and Irene relocated there to be closer to their grandchildren in 1983.

Bob and Irene spent the next 34 years in Alaska where he spent the summers at Poachers Cove in Soldotna helping with the development of new lots and enjoying his retirement fishing and spending time with family and friends.

In 2016, he and Irene moved to South Carolina to be closer to their children, grandchildren and extended family.

The Standard Cremation & Funeral Center is serving the Phipps family and a message of condolence may be sent by visiting www.standardfuneralcenter.com.
Read Less

To send flowers to the family or plant a tree in memory of Bob Phipps, please visit our Heartfelt Sympathies Store.

Receive notifications about information and event scheduling for Bob Phipps

We encourage you to share your most beloved memories of Bob Phipps here, so that the family and other loved ones can always see it. You can upload cherished photographs, or share your favorite stories, and can even comment on those shared by others. 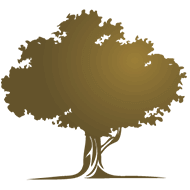