To share your memory on the wall of Joan Redman, sign in using one of the following options:

Joan was the daughter of the late Robert Carl Curtis and the late Margaret Jolley Curtis.

In addition to her parents, she was preceded in death by her husband, Edward Murray Redman.

Joan was born in Shelby, NC. She later lived in Charlotte, NC and Columbia, SC, where she raised her family and worked for Stone Containers and Corrugated Containers. Joan moved to Anderson, SC in November of 2019 and lived at The Legacy of Anderson, where she quickly made some wonderful friends.

Joan always enjoyed shopping, spoiling her dogs and spending time with family and friends. Her guilty pleasures were Cokes and Little Debbie Cakes!

In lieu of a formal service, the immediate family will be gathering for a private ceremony.

The Standard Cremation & Funeral Center is serving the Redman family and a message of condolence may be sent to the family by visiting www.standardfuneralcenter.com.
Read Less

To send flowers to the family or plant a tree in memory of Joan Redman, please visit our Heartfelt Sympathies Store.

Receive notifications about information and event scheduling for Joan

There are no events scheduled. You can still show your support by sending flowers directly to the family, or planting a memorial tree in memory of Joan Redman.
Visit the Heartfelt Sympathies Store

We encourage you to share your most beloved memories of Joan here, so that the family and other loved ones can always see it. You can upload cherished photographs, or share your favorite stories, and can even comment on those shared by others.

Posted Feb 13, 2021 at 08:35pm
Joan was my next door neighbor for many years and we shared some great times together. I would like to send my deepest sympathies to her children and extended family. Casandra Long Carroll
Comment Share
Share via:
PL

Posted Feb 05, 2021 at 05:48pm
Rob, Terry, Ame , so sorry to hear that Joan has passed away. It's been quite a while since I've seen her but will always be thankful for all she did for my granddaughters over the years. She loved her step grands like her own. May she rest in peace.
Comment Share
Share via: 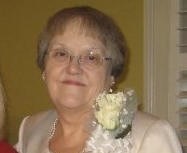