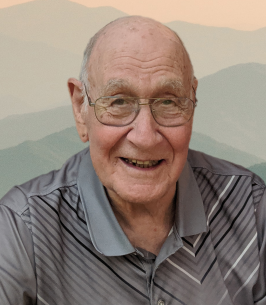 William Allison Earl of Pendleton, SC passed away on Thursday, September 8, 2022, at the age of 91.

Bill was born August 15, 1931, in Bolivar NY to Sarah and Charles Earl, who predeceased him.

A 1949 graduate of Bolivar Central School, he studied Industrial Ceramic Design at Alfred University, where he met his late wife, Connie. He earned his BFA in 1953, and they married in 1954. Bill’s jobs and military service next took them to Baltimore, MD. In 1959, they returned to Alfred with their three oldest children and Bill began a teaching career at Alfred University that was to span 29 years. In 1967, he also earned his M.S., Ed. from Alfred University.

In Alfred, Bill and Connie raised 6 children, eventually building their family home, largely by their own hands. Bill and a crew of faculty friends could also be found spending their summer breaks building other homes, buildings or additions around town, and his building design and handyman skills were well known.

In 1988, Bill retired from Alfred University and he and Connie moved to Pendleton, SC where they started a second career as shopkeepers. They opened The Mercantile in August of 1988, and the business still thrives under the management of daughters Terri and Cindy.

Bill is survived by his six children: Susan Congdon, Bill (Miwa) Earl, Terri (Rodney) Brooks, Cindy Earl Higgins, Rick (Alice McCall) Earl, and Regina (Matthew) Arlauckas. He was predeceased by his wife Constance and his son-in-law James Congdon. He was a proud grandfather to Bobby (Shelly) Congdon, Karen (Matthew) Gregory, David Earl, Christopher Earl, Jacob Earl, Sarah Kraemer, Philip Kraemer, Ben Brooks, and Nathan Arlauckas, and great grandfather to Blake and Logan Gregory, and Cara and Sawyer Congdon. He was known by many titles: Bill, Dad, Grandpa, Deeda, Uncle Bill, and Billy Earl, but was often remembered for his distinctive “mmmBillEarl” when he would answer the phone. He will be missed.

In lieu of flowers, memorials may be made to the St. Andrew Building Fund at the address above, or to the Cancer Association of Anderson, 215 E Calhoun St, Anderson, SC 29621.

The Standard Cremation & Funeral Center is serving the Earl family and a message of condolence may be sent by visiting www.standardfuneralcenter.com.