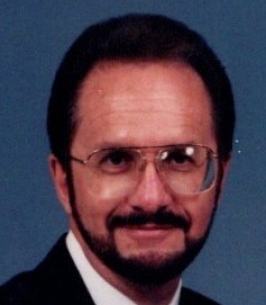 Born in Newberry Michigan, he was the son of the late Alfred Ruble, and Alice Ruble.

Theodore graduated from Sheppard Highschool, in Michigan. He then attended, and graduated with an associate degree from Spring Arbor Junior College. Theodore was a United Sates Airforce veteran and served from 1968-1972. He later worked as an insurance and security agent as a Regional Vice President with Primerica Financial Services in Duluth, Georgia. Theodore was a jack of all trades. He was a carpenter, enjoyed wood working, and traveling.

Theodore is survived by his wife of 59 years, Montel Ruble, along with their son, John Ruble, his wife, Jeri Lyn Ruble, and their son Zander. He is also survived by his brother, Burton Ruble, of Greenville, Michigan.

Along with his parents, Theodore was preceded in death by his brother James Ruble, of Fort Wayne, Indiana.

The family is hosting a celebration gathering and luncheon, Sunday, August 28, 2022, at the Ruble home.

In lieu of flowers, memorial donations may be made to Agape Hospice of Anderson, 1650 E Greenville St suite 110, Anderson, SC 29621.

The Standard Cremation & Funeral Center is serving the Ruble family, and a message of condolence may be sent by visiting www.standardfuneralcenter.com