To share your memory on the wall of Terry Stonehocker, sign in using one of the following options:

For the past 8 years Terry has worked with Brownworks as their Senior Engineer and Project Manager. He was well known around t... Read More
Terry Lee Stonehocker - born Aug 1, 1952 in Rapid City South Dakota passed away on Tuesday January 12, 2021.

For the past 8 years Terry has worked with Brownworks as their Senior Engineer and Project Manager. He was well known around the world as a top designer of machinery and automation. His customers and suppliers invariably became his friends. He loved his work and was one to work day and night. He had the unusual combination of great design skills but also the aptitude to build whatever he designed and make it run perfectly.

He enjoyed working on many projects at BMW, Volvo, Mercedes, Proterra and Boeing among many others. He loved new challenges. He enjoyed the people around him as much as he enjoyed the work. He cherished lunches and dinners together with customers, suppliers and colleagues.

Terry loved to chat and the subjects varied widely. First among his favorite topics were his family starting with Linda and their life together. He would speak of his parents and his upbringing in Colorado and Germany. He loved to talk about Terrieanne and Jason and their families. His step kids were all like his own and 3 of his grandkids were indeed his own.

He loved to talk about engineering and CAD. Home projects such as the swimming pool, cabana and fish tank were often on the list. Other common topics were motorcycles, beer making and of course, politics - although we tried hard to avoid the latter topic in order to keep his blood pressure at safe levels.

He told me about riding bikes to England (maybe even Scotland) during a summer in High school when they lived in Germany. He also told me about skiing nearly every weekend during high school because they could take trains to the different ski mountains around Austria

He told me many stories about his family's involvement in Shriners.

We shared a common bond about strained relationships with our daughters due to divorce. I was so happy for him that he and his daughter were able to come back together and be so close.

Even after the strain of his first divorce he expressed concern for his ex-wife and genuine happiness that she is doing well.

He told me often about meeting Linda for the first time and going on a first date picnic.

He was so proud of his son's military career and talked about his three boys - their challenges and accomplishments. I think one grandson is in college at Grand Junction, CO and Terry said he had attended school out there before going to State.

We talked about the trike business ups and downs and about traveling to shows and going on cruises with Linda to promote Geargasm.

He loved to talk about cooking and Linda’s cooking and he would describe in great detail about smoking butts or grilling salmon or, his favorite-- swordfish. This would usually would elicit one of his Terry-ism’s like “it was, like, awesome good”, and he would shake his head when he said it.

The shag club and the shag life was a frequent topic. Always about the Wednesday nights at Wild Wings or the beach weeks or the Clemson weekend. Two years ago we watched from BMW a live web cam of dancing from the Myrtle Beach Pavilion.

This past year, we spent a lot of time talking about watching Homeland and how much Priscilla loved it. Of course, Lil'Bit was a daily topic. "She's a card, I tell you" (another Terry-ism).

He was so proud of Bryson for maturing and becoming a young man. He would speak about his ROTC and his job at the shoe store.

He loved Braylen so much and updated me each week on his progress in Columbia.

A memorial service will be held on Monday, January 18, 2021 at 3:30 p.m. in The Tribute Room of The Standard Cremation & Funeral Center.

The Standard Cremation & Funeral Center is serving the Stonehocker family and a message of condolence may be sent by visiting www.standardfuneralcenter.com.
Read Less

To send flowers to the family or plant a tree in memory of Terry Stonehocker, please visit our Heartfelt Sympathies Store.

Receive notifications about information and event scheduling for Terry Stonehocker

We encourage you to share your most beloved memories of Terry Stonehocker here, so that the family and other loved ones can always see it. You can upload cherished photographs, or share your favorite stories, and can even comment on those shared by others.

Jordan Carver sent flowers to the family of Terry Stonehocker.
Show you care by sending flowers

Posted Jan 17, 2021 at 05:29pm
Linda, you are in our thoughts & prayers. Terry will be greatly missed. We love you so much. Love Jordan & your Longhorn family

Posted Jan 15, 2021 at 11:43pm
Prayers for Linda and family. Terry was truly a gentleman, a good man. His love for Linda was shown in his actions and respect for her. I will miss Terry. Our shag club has lost one heck of a guy!! Hugs to you Linda.
Comment Share
Share via:

Posted Jan 15, 2021 at 06:53pm
We are so sorry to hear this news. Lifting Linda, and the family in healing prayer. I have known Terry for at least 35 years, when we worked at Michelin. I actually found a portrait just, a couple of weeks ago, that he painted from a photograph of me. Terry was such a good man and he will truly be missed...but he will also be well a remembered.... ❤
Gloria and Larry Whitfield
Comment Share
Share via:

Posted Jan 15, 2021 at 12:03pm
Our heart goes out to Linda and all the family in these very sad times. We had some fabulous times and memories with them both, the last time in June 2019 when we paid them a visit for a week, what a blast we had the whole week and didn't want to go home. We met them both in 2006 on HOHS Cruise and have kept in contact with them via Facebook etc. Please stay safe and hope to catch up soon when all this pandemic is over. Love, prayers and very best wishes from Julie & Paul, Cornwall, UK
Comment Share
Share via: 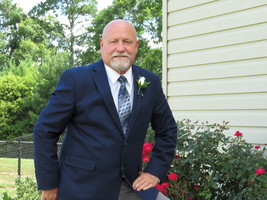 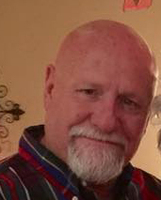 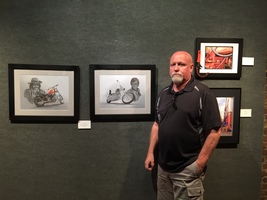