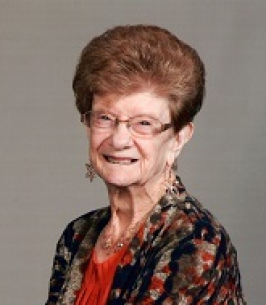 Sadie Juanita Nash left her earthly home quietly and woke up in the arms of Jesus on Saturday, August 20, 2022, at the age of 88.

Juanita was born July 31, 1934, in Anderson, SC. She married J.B. Nash in 1949. She followed and supported him as he served our country with the military in many different states, and a few foreign countries. As J.B. and Juanita moved around the world, they were blessed with children born in South Carolina, California, Colorado, France, and Germany. She was proud to say she gave birth to 10 and raised 9 of the best children in her world. Juanita lived a full life of travels and loved spending time with her family! She later became known was Grannie Nash to 41 grandchildren, 42 great grandchildren, and 4 great-great grandchildren.

The family will receive friends prior to the service from 1:30pm until 3:30pm in The Maple Room at The Standard.

In Lieu of flowers, the family is requesting donations be made in memory of Sadie Juanita Nash to Hospice of the Upstate, 1835 Rogers Road, Anderson, SC, 29621, or www.hospiceoftheupstate.com.

The Standard is serving the Nash family, and a message of condolence may be sent by visiting www.standardfuneralcenter.com.