To share your memory on the wall of Robert Montgomery, sign in using one of the following options:

Born in Anderson on September 7, 1926, he was a son of the late James Robert Montgomery and the late Sara Black Montgomery.

Robert was a graduate of Anderson Boy’s High School and retired from Harper Brothers after 34 years. He was a life-long member of The First Presbyterian Church of Anderson where he as the leader of the Men’s Bible Class. He also sang in the sanctuary choir for over 45 years.

Since age 8, he was an accomplished violinist and played for many years with the Anderson Symphony Orchestra and the Greenville Symphony. He was also a general aviation pilot and had his G.A. pilots license since he was a teenager. He volunteered many hours with the Civil Air Patrol, Squadron 39057, stationed at the Anderson Regional Airport. He was a U.S. Army Veteran.

He is also survived by his brother, Charles Montgomery and a sister-in-law, Ann Montgomery.

In addition to his wife and parents, he was preceded in death by his brother, Marian Montgomery.

A crypt side funeral service will be held on Thursday, April 8, 2021 at 3:00pm at Oaklawn Memorial Gardens Mausoleum, E. Greenville St. Anderson. Dr. Dennis Tedder will officiate, and the family will speak to attendees following the service.

In lieu of flowers, memorial donations may be made to the Rainey Hospice House C/O Hospice of The Upstate 1835 Rogers Rd. Anderson, S.C. 29621

To send flowers to the family or plant a tree in memory of Robert Montgomery, please visit our Heartfelt Sympathies Store.

Receive notifications about information and event scheduling for Robert Montgomery

We encourage you to share your most beloved memories of Robert Montgomery here, so that the family and other loved ones can always see it. You can upload cherished photographs, or share your favorite stories, and can even comment on those shared by others. 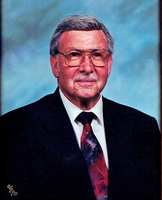