To share your memory on the wall of Robert Cornesky, sign in using one of the following options:

A move to Florida found Bob pursuing a new passion as an author and consultant in Total Quality Management (TQM). Bob published numerous books on the implementation of TQM in the classroom and in collaboration with his son, in Golf and Country Clubs.

His love for teaching and seeing students actively engaged in learning was one of his passions. After leaving the wildfires of Florida, he settled in Anderson, SC and decided to teach part time at local institutions of higher education and local school districts.

Another of his passions was his deep faith. He was actively involved at St. Mary of the Angels Catholic Church where he served as a weekly usher. A devout admirer of St. Francis of Assisi, Bob had a great love of animals. Neighborhood dogs could always count on him for the extra treats in his pockets while out on walks with his own dogs. Stray cats could also count on bowls of food and water on the front porch. Bob’s neighbors also knew they could count on him for a helping hand.

Preceded in death by his parents, Dr. Agnes Kulcyk Cornesky and Mr. Andrew Cornesky and his bride of 59 years, Mary Lou Cornesky. He is survived by his son Andrew Robert Cornesky and his wife Patti; his daughter, Karen Ott and her husband Chris and their children, Robert and Catherine.

The Standard Cremation & Funeral Center is serving the Cornesky family.

A message of condolence may be left for his family by visiting www.standardfuneralcenter.com.

To send flowers to the family or plant a tree in memory of Robert Cornesky, please visit our Heartfelt Sympathies Store.

Receive notifications about information and event scheduling for Robert Cornesky

We encourage you to share your most beloved memories of Robert Cornesky here, so that the family and other loved ones can always see it. You can upload cherished photographs, or share your favorite stories, and can even comment on those shared by others.

Posted Oct 29, 2020 at 09:11am
It was a great privilege to work with Robert, and have him serve as both a colleague and mentor during our time together at Southwest College of Naturopathic Medicine and Health Sciences in the 1990s, and later when we both served at Rainstar University. My colleagues and I found him to be a man of extraordinary perspicacity and intellectual rigor, and he was gracious enough to give of his time to help us understand the framework of Quality Function Deployment in our institution. We had intended to become the first such institution to pursue and hopefully achieve a Malcolm Baldrige award, but sadly, political machinations at the College thwarted those plans. Notwithstanding that, we were all the grateful recipients of his wisdom and friendship. Good mentorship is hard to find, exemplary mentorship rare indeed, but that’s what Bob provided in spades. I had just been getting ready to reach out and reconnect after a few years of professional turbulence on my part, and it was while searching for him that I found out he had died just a few days ago. We have all lost a great man, but can rejoice that his influence extended far and wide, and will keep his legacy alive for decades to come. 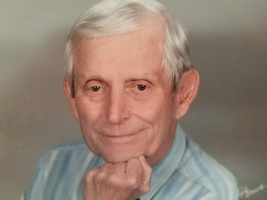