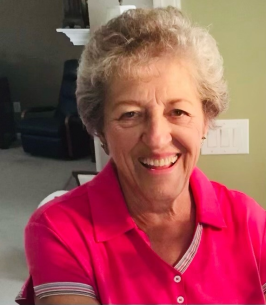 Nada Ardena (Bloom) Ream, age 81 of McCormick, South Carolina went home to be with her Lord and Savior on August 24, 2022 in Greenwood, South Carolina with her husband by her side. She was born on July 9, 1941 to the late Floyd and Ardena (Wagner) Bloom of Sycamore, Ohio. Nada was the youngest of 7 children, lived her early years in West Milgrove, Ohio, and was a 1959 graduate of Montgomery Local High School. She married her high school sweetheart, Larry Robert Ream on April 24, 1960 in Wayne, Ohio. They lived many years in Fostoria, Ohio, and moved to South Carolina in 1987. They have resided in Savannah Lakes Village near McCormick South Carolina since June of 2000.

Nada was a homemaker and piano teacher, giving private lessons to as many as 30 students. She was very involved in the music ministry throughout her life in the United Methodist church. She played the piano and was active in the choir and bell choir. Nada also participated in the Community Choir, Red Hat Society, and Savannah Lakes Village women’s golf league and card groups.

The family will host a memorial service both in South Carolina and Ohio.

Memorials may be made to Agape Care at agapecaregroup.com or to McCormick United Methodist Church at mccormickumc@wctel.net.