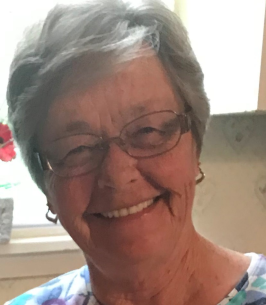 She was born June 25, 1950, in Hardinsburg, KY, to the late Maxie and C.B. Bates where she became a lifelong Breck Co. native who was well-loved by everyone.

In February of 1971, she married her best friend, Mike Tafoya, and had 3 children; Jennifer Love (Doug) of Benicia, CA, Todd Tafoya (Michelle) of Belton, SC, and Sarah Howard of Hawesville, KY, but ultimately was the neighborhood mom. She has 5 precious angels, Levi, Carlos, Ashton, Skylar, and Abigail that called her Granny and Gung.

Mary Ruth had the biggest heart and never met a stranger. Her door was always open and you would be greeted with a glass of iced tea. She had many talents from playing the piano to being able to can ANYTHING. She had the greenest thumb and the swiftest sewing hands. She was a Sunday School teacher, piano instructor, farmer, and animal lover. She would do anything for anyone and didn't know the meaning of the word "NO" She was truly everyone's "Calvary"

As much as she will be missed by us all, including her hummingbirds, she was greeted in heaven by her husband, Mike Tafoya, sister, Karen Sue Bates, brother, Stephen Bates, both parents, and son-in-law, Joey Howard, whom preceded her in death.

Services will be held Saturday, September 3, 2022 at 11:00 am CST at New Clover Creek Baptist Church in Hardinsburg, KY.

The Standard Cremation & Funeral Center is serving the Tafoya family and a message of condolence may be sent by visiting www.standardfuneralcenter.com.