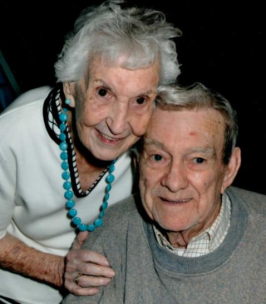 She was a teacher to generations of students at McCants Junior High and Southwood Middle School, a devoted wife to Robert Dwight Layton (1928-2017), a mother of five children, and a grandmother of five.

She graduated from Girls High School in 1942 and from Winthrop College in 1947. She taught in Gastonia and Orangeburg before returning to Anderson.

She founded the Operation Christmas Child collection center at Concord Baptist Church (where she was a member for more than 50 years) and helped to send Christmas gift boxes to more than 100,000 children around the world.

Martha was a diligent genealogist who researched and documented her family history back to roots in Ireland and Scotland. She was named for her grandmothers, Martha Pennell Griffin (1849-1924) and Terura Claudia Beaty Sherard (1861-1912). She was proud of her ancestors, including Pierce Butler Griffin (1847-1925) and Jackson Griffin (1819-1861) who served in the Civil War, Benjamin Franklin Griffin in the War of 1812, and Col. William Bratton (1740-1815) and David Sadler (1762-1848) in the American Revolution.

The family will receive friends prior to the service from 10:00am to 11:00am, in the Maple Room at The Standard.

In lieu of flowers, memorial gifts may be made to Hospice of the Upstate, 1835 Rogers Road, Anderson, SC, 29625, or Operation Christmas Child https://sampur.se/3QxZEij.

The Standard Cremation & Funeral Center is serving the Layton Family, and a message of condolence may be sent by visiting www.standardfuneralcenter.com.