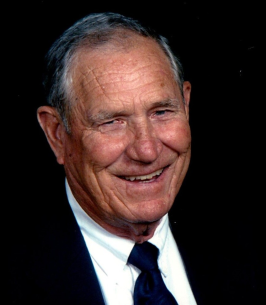 Born in Oconee County, he was a son of the late James Lafayette Patterson and the late Cessie Simmons Patterson.

Louis was employed at JP Stevens, Clemson, SC, for 34 years and retired as Chief Electrician. He was an avid outdoorsman and enjoyed fly fishing and bird hunting. Louis loved gardening and would always share his produce and flowers with his neighbors. He was a member of Crossroads Baptist Church of Seneca.

Along with his parents, Louis was preceded in death by his siblings: Ruby, Coyle, Doyle, Joe, Andrew, Fred, Bill, and Wilma.

The family will receive friends prior to the service from 1pm until 2pm in The Maple Room of The Standard.

In lieu of flowers, memorial donations may be made to either Crossroads Baptist Church of Seneca, 215 Crossroads Drive, Seneca, SC, 29678 or The Rainey Hospice House, 1835 Rogers Road, Anderson, SC, 29621.

The Standard Cremation & Funeral Center is serving the Patterson Family, and a message of condolence may be sent by visiting www.standardfuneralcenter.com.