To share your memory on the wall of Juan Miranda, sign in using one of the following options:

Juan Miranda, 62, of Anderson, SC passed away peacefully at his home on December 9, 2020, due to complications of cancer.

Juan Miranda, 62, of Anderson, SC passed away peacefully at his home on December 9, 2020, due to complications of cancer.

Juan was a son of the late Juan Antonio Miranda and the late Olga Febus Hernandez.

He is survived by his loving wife, Maria, his daughters; Gretchen Domenech (Jamie Fulgenco) and Shante Santos (Arquimides Pierantony), his son; Juan Antonio Miranda, Jr. (Angielly Dominguez), siblings; Albert Miranda, Raphael Febus, Eddie Febus and Myrna Mahoney as well as several grandchildren. One of his biggest blessings was that he was be able to fight his battle with cancer long enough to meet his first and only great grandchild.

Juan was born in Puerto Rico, but his job as a truck driver allowed him to live in many places including Jersey City and Bayonne.

Juan decided to retire to Anderson, SC after his longtime friend and “brother from another mother”, Nestor Rivera found him. Nestor had been searching for Juan for over 15 years and unfortunately they were only able to spend one year together before Juan’s battle was over.

The family celebrated Juan in a private ceremony at their home.

The Standard Cremation & Funeral Center is serving the Miranda family and a message of condolence may be sent to the family by visiting www.standardfuneralcenter.com.
Read Less

To send flowers to the family or plant a tree in memory of Juan Miranda, please visit our Heartfelt Sympathies Store.

Receive notifications about information and event scheduling for Juan

There are no events scheduled. You can still show your support by sending flowers directly to the family, or planting a memorial tree in memory of Juan Miranda.
Visit the Heartfelt Sympathies Store

We encourage you to share your most beloved memories of Juan here, so that the family and other loved ones can always see it. You can upload cherished photographs, or share your favorite stories, and can even comment on those shared by others. 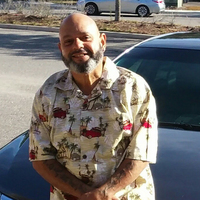