To share your memory on the wall of John Greer, sign in using one of the following options:

John Lawrence Greer, 69, of Gordon, GA, passed away at Rainey Hospice House of Anderson, SC on November 15, 2020 due to complications of heart failure and kidney cancer.

John Lawrence Greer, 69, of Gordon, GA, passed away at Rainey Hospice House of Anderson, SC on November 15, 2020 due to complications of heart failure and kidney cancer.

John was the son of the late William Dallas Greer and the late Ellen Georgia Burton Greer Russell.
In addition to his parents he was proceeded in death by his brothers, Pete Greer, Frank Greer, and William (Wink) Greer, his sister, Linda Greer, and his daughter Ruth Greer Lloyd.

He is survived by his daughters, Melissa Greer Koontz and Mary Greer Burnley, his brother, Larry Greer, his eight grandchildren, and six great grandchildren. He is also survived by his 22-year life partner, Sue Harden.
John grew up in Anderson, SC. He worked for Bell South for several years before getting a great job opportunity with DaTel Communications. His job with DaTel landed him and his family in Ringgold, GA for several years.

John enjoyed tinkering with anything he got his hands on. This tinkering included working on cars.
His love of cars and his work with DaTel Communications turned into a love of travel coast to coast. This brought him to many different places that he called home. His last landing was Gordon, Ga where he lived for 20+ years.

John was a hardworking man who loved his family and friends. He was well liked by all who met him.
The family will hold a private life celebration at a later date.

In lieu of flowers, the family asks that donations may be made to the Rainey Hospice House in Memory of John Greer.

The Standard Cremation & Funeral Center is serving the Greer family.

A message of condolence may be sent to the family by visiting www.standardfuneralcenter.com.
Read Less

To send flowers to the family or plant a tree in memory of John Greer, please visit our Heartfelt Sympathies Store.

There are no events scheduled. You can still show your support by sending flowers directly to the family, or planting a memorial tree in memory of John Greer.
Visit the Heartfelt Sympathies Store

Posted Nov 20, 2020 at 10:35am
John was one of my best friends through high school. Though I haven't seen or talked to him since 1969, I still cherish the memory of John, David Stegall, and myself going to Myrtle Beach in July of 1967 or 1968. He was a good friend and I hope he had a rich and rewarding life. May God comfort his family and friends on his passing. Bryson Beebe
Comment Share
Share via: 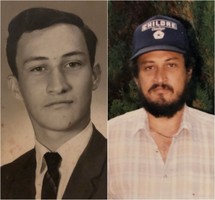