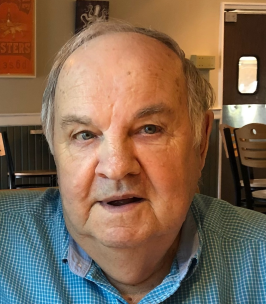 Born on December 30, 1936, he was a son of the late Joe Haynes and the late Kizzie Dawson Haynes.

Carol worked for 37 years in textiles as a supervisor for Reeves Brothers in Chesnee, SC. Those that knew him, knew he was a sports enthusiast having played baseball and basketball while attending Chesnee High School. A bragging right, he was the very first inductee into the Chesnee High School Hall of Fame. After graduation, he continued to be an avid sports fan cheering on his favorite team, the New York Yankees.

Along with his wife, Anita, he is survived by four stepchildren, who love him dearly, seven step-grandchildren four great-grandchildren and his brother, Eugene Haynes

In addition to his parents, he was preceded in death by his brother, Glennard Haynes.

Visitation will be held prior to the service in The Maple Room of The Standard beginning at 11:00am.

The Standard Cremation & Funeral Center is serving the Haynes family and a message of condolence may be sent by visiting www.standardfuneralcenter.com.