To share your memory on the wall of Horace Rhodes, sign in using one of the following options:

Born in Anderson on March 14, 1928, he was a son of the late JD Rhodes and the late Hettie Cooper Rhodes.
Horace was a life-long Andersonian who served his country in the U.S. Army as a 82nd Airborne Ranger. Upon returning from his military service, he started a long career in homebuilding and real estate.

He was instrumental in the founding of the Anderson Home Builders Association and served at its first president. He was also a member of the Board of Realtors from Anderson County and served as its president on multiple occasions. Horace will be remembered as a mentor to many young and aspiring Anderson area homebuilders and sub-contractors. He was always willing to give of his time and resources to see that the industry flourished in Anderson.

He was a member of the Elks Lodge # 1206 and was a consultant in the construction of their current lodge building. He was also a member of the Hejaz Shriners for over 50 years, a member of Pope Drive Baptist Church and he was a Mason.

Horace was an avid Clemson Tigers Football Fan! He never missed a home game in over 53 years!

In addition to his parents, he was preceded in death by his children, Terry Rhodes Montgomery and Horace C. “Crate” Rhodes Jr., and brothers, James, Wade and Harold Rhodes.

A funeral service will be held on Friday, February 5, 2021 at 12:00pm in The Tribute Room of The Standard Cremation & Funeral Center 1621 Pearman Dairy Rd. Anderson, SC 29625. Rev. Phil Campbell will officiate and military honors by the U.S. Army will be rendered.

Social distancing is to be observed at all events and face masks are required.

A private burial will be held at New Silver Brook Cemetery.

Flowers are optional. Memorial donations may be made to the charity of one’s choice.

To send flowers to the family or plant a tree in memory of Horace Rhodes, please visit our Heartfelt Sympathies Store.

Receive notifications about information and event scheduling for Horace

We encourage you to share your most beloved memories of Horace here, so that the family and other loved ones can always see it. You can upload cherished photographs, or share your favorite stories, and can even comment on those shared by others.

Melanie Slagle sent flowers to the family of Horace Rhodes.
Show you care by sending flowers

Posted Feb 06, 2021 at 05:37pm
TO THE RHODES FAMILY,
I'M SO SORRY FOR THE LOSS OF MR HORACE. I'VE ALWAYS ENJOYED TALKING WITH HIM AND LISTENING TO HIS STORIES. HE WILL BE GREATLY MISSED.
PAMELA TEAGUE

Posted Feb 05, 2021 at 04:30am
Jordan and Kyle Slagle, Jonah , Honor, and family, we love you, Bill and Melanie Slagle, Erin and John Carter, and Abby and Dixon Wright

Posted Feb 04, 2021 at 11:24am
Pat, Betty, and Barry- We are so sorry for the loss of Mr Horace. Prayers and love for you all. Karen King Bryant and Kathy King Berryhill 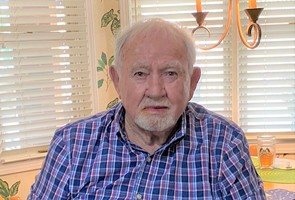