To share your memory on the wall of Alvin Dyar, sign in using one of the following options:

Born in Seneca, S.C. on January 10, 1936, he was a son of the late William Edward Dyar and the late Pearl McAlister Dyar.

Born in Seneca, S.C. on January 10, 1936, he was a son of the late William Edward Dyar and the late Pearl McAlister Dyar.

Alvin was retired from the grocery industry.

He is survived by his daughter, Carol Dyar Suttles (Johnny), his twin sons, Terry Dyar and Jerry Dyar (Tina), 7 grandchildren and 11 great-grandchildren.

He is also survived by his sister, Ann Butts (Dec. Clem), and his brother, John Dyar (Frances).

In addition to his parents, he was predeceased by his son, Jimmy Dyar, his sister, Edna Dyar, his sister and brother-in-law, Alma Oliver (Pierce), brothers and sisters-in-law, Joe Dyar (Christine), Horace Dyar (Minnie Lee) and Hubert Dyar (Durean).

In lieu of flowers, memorials may be made to the American Heart Association by visiting www.heart.org.

To send flowers to the family or plant a tree in memory of Alvin Dyar, please visit our Heartfelt Sympathies Store.

Receive notifications about information and event scheduling for Alvin Dyar

There are no events scheduled. You can still show your support by sending flowers directly to the family, or planting a memorial tree in memory of Alvin Dyar.
Visit the Heartfelt Sympathies Store

We encourage you to share your most beloved memories of Alvin Dyar here, so that the family and other loved ones can always see it. You can upload cherished photographs, or share your favorite stories, and can even comment on those shared by others. 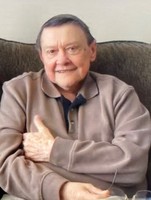