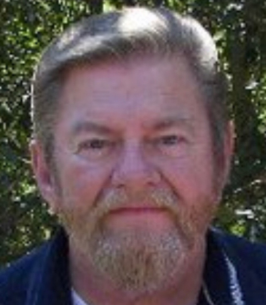 Born in Greenville SC, on July 21, 1947, he was a son of the late Rev. Albert H Trammell and the late Helen N. Trammell. He moved with his parents and his brother, Steve, to Iva S.C., when his father became pastor of Good Hope Baptist Church. While living in Iva, he met, and would later marry, his wife of over 53 years, Margie Mitchell Trammell.

He worked for many years at Harris Appliance Parts in Anderson, SC until opening George’s Lake Russell Bait and Tackle in Lowndesville S.C. in 1987. He and Margie, along with his daughter Joyce, and his mother, Helen “Grandma” Trammell, would go on to run the store for 14 years until his retirement in 2001. He and his family made lifelong friends and many wonderful memories with the people in Lowndesville.

George was an avid bass fisherman. As a member of Iva Sportsman Club, Twin Lakes Bassmasters, and Lake Russell Bass Club, he spent every Saturday on the lake, rain or shine, with his best friend, Joe Norwood.

Until his failing health, George was a long-time, faithful member of Rocky River Baptist Church in Iva, where he served in various capacities, including Deacon, Trustee, Assistant Treasurer, the shut-in tape ministry, the audio/visual committee, cemetery committee, and the building and grounds committee.

In 2005, his absolute pride and joy arrived, and nothing compared to the love he had for Jozie, his “Bobo”. She was the highlight of his world!

He is survived by his wife of over 53 years, Margie Mitchell Trammell, his daughter, Joyce Trammell Stone (Rob), and his granddaughter, Jozie Stone.

In addition to his parents, he was preceded in death by his brother, Steve Trammell.

The family will receive friends, in the church sanctuary, prior to the service, from 2:30pm – 3:30pm.

Flowers optional. Memorial donations may be made to Rocky River Baptist Church.

Family will be at the residence.