To share your memory on the wall of George Hyder, sign in using one of the following options:

Print
(George Hyder) George Espey Hyder, 82 of Anderson, SC passed away at his home on Tuesday, January 19, 2020 due to complications from long term COPD and emphysema.

George was the son of the late Arnold Graham Hyder, Jr. and Kathleen E... Read More
(George Hyder) George Espey Hyder, 82 of Anderson, SC passed away at his home on Tuesday, January 19, 2020 due to complications from long term COPD and emphysema.

George was the son of the late Arnold Graham Hyder, Jr. and Kathleen Espey Hyder Boyd. In addition to his parents, he was preceded in death by his wife, Justen Duke Hyder, his son, George Espey Hyder, Jr., and his brothers, Arnold Graham “Buddy” Hyder, Jr., William Alexander “Alex” Hyder and Marion Hyder.

He is survived by his daughter, Graham Hyder (Patrick Davis), his granddaughters, Audrey Kathleen Huston and Blair Catherine Huston all of Winston Salem, NC, and his brother, James Hyder, of Augusta, GA. He is also survived by his close friend and companion, Jennie McGee Miler, of Greenville.

George graduated from Boys High where he was co-captain of the football team, class officer his junior and senior years, and a member of Who’s Who. He was also an Eagle Scout. He played football for one year at Wofford College and after his father passed away, he came back to Anderson to help the family. He worked in several retail clothing establishments and went on to own a commercial furnishings business along with a service station. He later graduated from the University of South Carolina.

George began his military career by enlisting in the Army Reserve in 1957 as a Staff Sergeant. In 1965 he enlisted in the National Guard part time and eventually went full time when he became a Federal Civil Service Technician. He served in a variety of capacities including as a Recruiter, Command Administrative Assistant for the 2/263rd Air Defense Artillery Battalion, Operations and Intelligence Officer with the 228th Signal Brigade, Personnel Staff Officer with the 228th Signal Brigade, Commander of the 151st Signal Battalion and Deputy Commander of the 263rd Air Defense Artillery Brigade. His career included several commendation and achievement medals and ribbons. He retired as a Colonel but was also granted the honorary rank of Brigadier General.

After retiring from the National Guard in 1992, George opened an antiques business with his wife Justen, and they traveled to antique shows and loved visiting their grandchildren in NC. Upon the death of his wife, George became an active member of the Anderson Area YMCA where he was the “official” coffee maker. He was proud of this title and it was at the Y that he reconnected with old friends and forged new friendships. He loved the fellowship that was found at the Y and was always telling stories about how the group would talk for hours “misrepresenting the truth”.

George loved football, especially his South Carolina Gamecocks and was a proud and loyal fan, although he would pull for Clemson if they were playing anyone but South Carolina.

There will not be a service at George’s request.

In lieu of flowers, memorials may be made in George’s honor to the Anderson Area YMCA scholarship fund. George wanted others less fortunate to be able to participate in the wonderful experiences he had at the Y.

To send flowers to the family or plant a tree in memory of George Hyder, please visit our Heartfelt Sympathies Store.

Receive notifications about information and event scheduling for George Hyder

There are no events scheduled. You can still show your support by sending flowers directly to the family, or planting a memorial tree in memory of George Hyder.
Visit the Heartfelt Sympathies Store

We encourage you to share your most beloved memories of George Hyder here, so that the family and other loved ones can always see it. You can upload cherished photographs, or share your favorite stories, and can even comment on those shared by others.

Posted Jan 23, 2021 at 09:12pm
George was such a great husband and father. We loved the house he and Justen built in Anderson. We will miss him Bill and Carolyn
Comment Share
Share via:
M

Posted Jan 22, 2021 at 07:09pm
Ohhhwah Thank you for mentioning the “Coffeemaker” which stirred my mind to remember where I knew him from THE YMCA
Such a kind and caring man!!🙏😇
Comment Share
Share via: 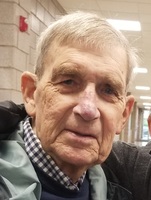 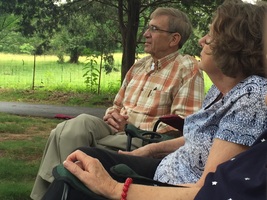