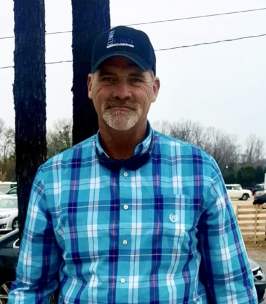 Wesley was a foreman at Pyramid Masonry as a brick and block mason. He loved to fish and go to the drag races. Wesley was a gentleman and never met a stranger. At 6'6, he towered over many people, but had a heart of gold.

He was preceded in death by his grandparents, Lloyd & Winnie Walls Carnes and Myron & Eunice Perrin Keown of Anderson.

In addition to his parents, he is survived by the love of his life, Tammy Davis, his sister, Traci Carnes Frisbee (David) of Candler, NC, his son, Dylan Carnes, and his daughter, Jordan Carnes Howard. He is also survived by his nephew, Matthew Frisbee (Katie Grace) of Durham, NC, and his niece, Morgan Frisbee (Bryce Shook) of Washington State.

The Standard Cremation & Funeral Center is serving the Carnes family and a message of condolence may be sent by visiting www.standardfuneralcenter.com.