To share your memory on the wall of Frederick Eubanks, sign in using one of the following options:

Frederick "Big Fred" Charles Eubanks went home to the angels in Anderson, South Carolina surrounded by family on March 4, 2021 at the age of 55 years old.

Frederick "Big Fred" Charles Eubanks went home to the angels in Anderson, South Carolina surrounded by family on March 4, 2021 at the age of 55 years old.

Fred was the son of the late Marion Eubanks-James and Jimmy James of Trenton, New Jersey. There he is survived by his Aunt Ella "La" Homan and Uncle Clyde Homan.

In addition, here in South Carolina he is survived by his fiancé Lisa Marie Cefaloni, his three children, Amanda and her husband Steven, Frederick II and his fiancé Danielle, Zachary, and stepdaughter Raquel.

He is also survived by his siblings, Charles (Chuck) and his wife Debbie, Darlene and her husband Frank, Richard and his wife Antoinette, and Jamie.

Fred "Freddy James" was born and raised in the Chambersburg area of Trenton, New Jersey. Loved by many he was also known for the teams he played in the community. Some of his best memories included his days playing for the 611 baseball team, basketball at Whitaker Park, and Boxing.

In the early 2000's Fred moved to South Carolina with his three children. Though he always remained "Freddy James" he came to a new place to build a life for them. He was an amazing father and there wasn't anything he wouldn't do for his children. He spent so many joyous years with the love of his life Lisa before gaining his wings. He finally had his dream. Over the years he had many transportation jobs from Greenville County Schools bus system, delivery, limo transportation and a lot in between. His final years were spent on the "Tiger Transit".

He enjoyed his vacations and loved his family all in one place as often as possible. He loved socializing with all of his family and friends at his lake house. He was known for so many things, especially his ability to make you laugh and smile. He was a simple man and had an avid love for sports, especially the Washington Redskins and NY Yankees. Win or lose, they were still his favorite teams. There wasn't a sport he didn't love from football to boxing and everything in between. He loved music with a passion and somehow knew the lyrics , or his version, to every song.

One thing that can absolutely be said is that when he loved, he loved completely. He was a great friend to so many and to everyone he met. He will be deeply missed. The family will host a celebration of life at a later date.

The Standard Cremation & Funeral Center is serving the Eubanks family and a message of condolence may be sent by visiting www.standardfuneralcenter.com.
Read Less

To send flowers to the family or plant a tree in memory of Frederick Eubanks, please visit our Heartfelt Sympathies Store.

Receive notifications about information and event scheduling for Frederick

There are no events scheduled. You can still show your support by sending flowers directly to the family, or planting a memorial tree in memory of Frederick Eubanks.
Visit the Heartfelt Sympathies Store

We encourage you to share your most beloved memories of Frederick here, so that the family and other loved ones can always see it. You can upload cherished photographs, or share your favorite stories, and can even comment on those shared by others.

Will, Candace, and Jackie and Jackie Murphy sent flowers to the family of Frederick Eubanks.
Show you care by sending flowers

Will, Candace, and Jackie

Posted Mar 11, 2021 at 11:25am
With heartfelt condolences, we love you. Praying for comfort and peace during this difficult time.

Will, Candace, and Jackie purchased flowers for the family of Frederick Eubanks. Send Flowers

Posted Mar 10, 2021 at 07:45am
We are so very sorry for your loss. Sincerely, Candace Hawthorn-McMearty, William, Hawthorn and Jackie Hawthorn-Murphy (Lisa's cousins).

Posted Mar 09, 2021 at 02:02pm
I never got to meet Fred but Lisa is a dear friend of mine and I know her heart is broken into a million pieces. I just want to thank Fred for giving her all the love she's ever needed, and to her daughter and Fred's kids and grand kids as well. RIP Fred.
Comment Share
Share via:
BH

Posted Mar 08, 2021 at 06:03pm
Although I only knew Fred for a few years, he was a sweet, kind man with a heart of gold. He is the love of my daughter, Lisa’s life and treated her like a princess. His caring and concern for her was selfless. From making her breakfast in bed, grocery shopping, cooking and surprising her with little gifts. And when I came to visit he went all out. Extra special breakfasts, home made pizza and his famous chili. He would always make sure there was some in the freezer for my next visit. Fred...when I was there this past Thursday Lisa and I enjoyed the last supply in the freezer and it was delicious. You were a good man , excellent father and grandfather and will be dearly missed. I thank you for loving my sweet baby girl . Love you always til we meet again in heaven for the best party ever 😘💕
Comment Share
Share via:
M

Posted Mar 08, 2021 at 04:03pm
I never met Fred, but I feel like I knew him well through the use of social media platforms . Lisa Cefaloni is a coworker of mine for the past 15 years and that is the connect I had with Fred. Fred would post some of the most hilarious pictures or videos on Facebook which always gave me a good laugh. I will definitely miss those!!
May you Rest In Peace Fred! 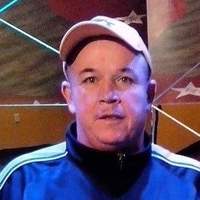