To share your memory on the wall of David King, sign in using one of the following options:

Born in Belton on February 1, 1937, he was the son of the late Clyde Newton King and the late Susie Dye King.

David graduated Belton High School in 1955 and was well-known in the Belton area as a trusted pharmacist at Horton Drugs for over 50 years. He often knew customers by name and truly cared for their wellbeing. David will also be remembered as a talented fiddle player who entertained countless people at area churches and nursing homes. He also enjoyed playing with his Bluegrass buddies in the Monday Night Pickers. He served in the National Guard for 9 years and was a member of the Hamilton Masonic Lodge #403 A.F.M. on O’Neal St. in Belton. He and his wife have been members of The First Baptist Church of Belton for over 50 years.

He was preceded in death by a nephew, Terry Pitts and a niece, Tracy M Coleman.

In addition to his parents, he was preceded in death by his sisters, Louise King Pitts and Anne King Morgan.

A funeral service will be held on Saturday, January 16, 2021 at 1:00 pm at The First Baptist Church of Belton, S.C. Rev. T. Dale Lynch will officiate and burial will follow at The Garden of Memories in Belton with military honors.

Social distancing is to be observed and face masks are required.

In lieu of flowers, memorial donations may be made to The First Baptist Church of Belton 105 Brown Ave. Belton, SC 29627 or to Hospice of The Upstate 1835 Rogers Rd. Anderson, SC 29627

To send flowers to the family or plant a tree in memory of David King, please visit our Heartfelt Sympathies Store.

Receive notifications about information and event scheduling for David

We encourage you to share your most beloved memories of David here, so that the family and other loved ones can always see it. You can upload cherished photographs, or share your favorite stories, and can even comment on those shared by others.

The Sister Chicks of HHBC, Texas sent flowers to the family of David King.
Show you care by sending flowers

Posted Jan 15, 2021 at 01:42pm
Johnnye was so sorry to hear of David passing, I will always remember him playing his fiddle with
my great uncle Bob Thompson and the Monday night pickers at there home good memories to always cherish.
My condolences to you Johnnye and the family. Love to all.
Comment Share
Share via:
DF

Posted Jan 14, 2021 at 09:05am
David King was one of the most pleasant men I have known. He always had a good word, a
big smile and an attitude of helpfulness. He will be greatly missed.

My sincere prayer is for Johnnye to be blessed with the peace of God, the fellowship and love of friends, and treasured memories to lift her soul and spirit as she grieves David,s physical presence. They were a life loving couple . I am glad to have known them both.

Posted Jan 13, 2021 at 10:45pm
Johnnie so sorry to hear about David Passing.He was a good man and he will be missed.know you will be in our thoughts and prayers.Betty Hamby and Doug Fields.

The Sister Chicks of HHBC, Texas

Posted Jan 13, 2021 at 04:20pm
Gloria and Family, Please accept these flowers and hear the words we are not able to speak. You are in our thoughts and prayers.

The Sister Chicks of HHBC, Texas purchased flowers for the family of David King. Send Flowers 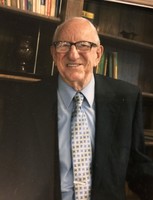 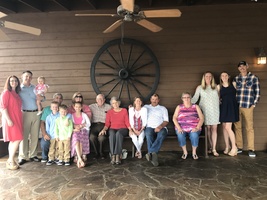 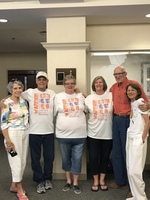 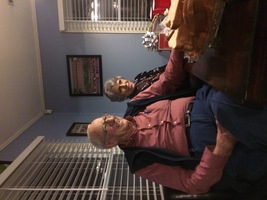