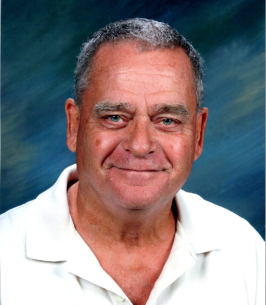 Born in St. Louis, MO, he was a son of the late Roman F. Bauman and Dorothea Ann Fisher Bauman.

In addition to his wife, he is survived by his son, Patrick Fitzgerald (Janie), granddaughter, Shaylen Fitzgerald, brothers, Robert Bauman of CO, Tim Bauman of CO & Tom Bauman of AL. He is also survived by several nieces and nephews and his beloved pet cat, Silvie.

After serving four years in the US Air Force, David pursued a career in education. Northwest Missouri State College was where he received not only his Bachelor of Science in Education but also his Masters. At 45, he still wasn’t satisfied and attended The University of Alabama where he received his Doctorate.

A member of the Elks Club as well as Vets Helping Vets, he had a servant’s heart. He was also a member of St. Johns United Methodist Church. His favorite pastime was golf and his second was aggravating his close friend and neighbor, Eddie Vickery, who is a diehard Clemson fan. The neighborhood will always remember that Alabama flag flying in the Bauman’s yard.

The Standard Cremation & Funeral Center is serving the Bauman family and a message of condolence may be sent by visiting www.standardfuneralcenter.com.