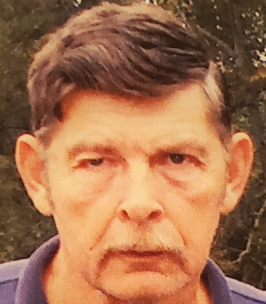 Cecil Randolph Mitchell, 82, of Iva, SC, went home to b with the Lord Jesus Christ, on Saturday, September 3, 2022, at AnMed Health Medical Center.

Born in Iva, on May 6, 1940, he was a son of the late Claude Jesse Mitchell, and the late Sybil Aleta Burton Mitchell. Randolph lived in Belton, SC, for many years where he met his former wife, Bonnie Shirley Mitchell.

He worked for many years at BASF in Anderson, after he worked at Michelin of Sandy Springs, before retiring.

Randolph loved living in the country, and his dogs were a special part of his life. He was always working on projects, either on gardening equipment, cars, hobbies, or just something of special interest to him. He was a tender soul which could not turn down taking in a stray animal, nor could he hurt any kind of wildlife.

His health began to slowly worsen as he developed more and more breathing issues. Randolph was a member of Rocky River Baptist Church in Iva. He was an Army veteran who proudly served his beloved country, being stationed in west Germany, and Alaska.

The family will receive friends following the service. Memorial donations may be made to Rocky River Baptist Church.

The Standard Cremation & Funeral Center is serving the Mitchell family, and message of condolence may be sent by visiting www.standardfuneralcenter.com.