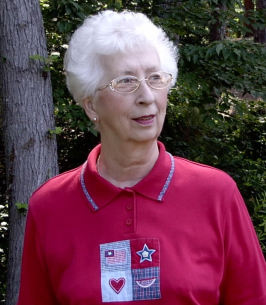 Born on August 8, 1937, she was the daughter of Gerald and Erna Garner of Waverly Iowa.

An informal memorial gathering for friends and family will be held from 5-7 pm on Monday, August 15, 2022, at the family home.

The Standard Cremation & Funeral Cremation Center is serving the family and a message of condolence may be sent to the family by visiting www.standardfuneralcenter.com.