To share your memory on the wall of Barbara Herring, sign in using one of the following options:

Barbara passed away peacefully at AnMed Medical Center in Anderson, South Carolina on March 14, 2021 surrounded by her family following a recent illness. She was preceded in death by her mother, Martha Jean Jenkins (née Fowler), father, David H. Herring, younger sister, Wanda Carolyn Herring, older brothers, Walter Fred Riebe, Roy E. Riebe, David Herring, and her best friend/partner, Patsy R. Pack. Barbara is survived by her son, Charles Hicks, her daughter/son-in-law, Cyndi and Joe Divsalar, and her grandsons, Nicky and Tommy Divsalar. She is also survived by her siblings and their spouses, Craig and Evana Herring, Bobbie and Jeff Murphy, Michael and Susan Jenkins, and many nieces and nephews. Barbara also leaves behind her beloved dog, “General.”

No services are being held at this time. A private family memorial will be held at a later date.
Read Less

To send flowers to the family or plant a tree in memory of Barbara Herring, please visit our Heartfelt Sympathies Store.

There are no events scheduled. You can still show your support by sending flowers directly to the family, or planting a memorial tree in memory of Barbara Herring.
Visit the Heartfelt Sympathies Store

Posted Mar 18, 2021 at 10:23pm
I love you Aunt Barbara!! I have so many memories with you and I’ll cherish all of them. My only peace with your passing is that you are no longer in pain and sick but healthy and happy and rejoicing with God and those who went before you. I’ll see you again one day!!
Comment Share
Share via: 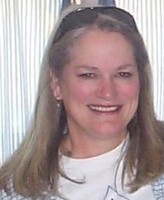