To share your memory on the wall of Barbara Earle, sign in using one of the following options:

Barbara, a life-long Episcopalian, married Robert Folger Earle in the fall of 1964 at St. James Episcopal in Atlantic City. She was a loving daughter, sister, friend, wife, mother, aunt, and Nana. Barbara leaves behind her husband of 56 years, Robert, her brother Phil Leigh, and her three children – Susan Earle Andrews, Robert M. Earle, and Catherine Earle Neal. Barbara is also survived by her six grandchildren – Jake, Jonathan, Sarah, Jessica, Taylor, and Josh. In addition to her parents, Philip and Elsie Leigh, she was predeceased by her brother, Richard Earl Leigh.

Barbara drove endless hours of carpool, enabling her children to play sports, study the piano and ballet, and pursue other interests. She tirelessly encouraged all academic efforts (including typing multiple college applications) and faith (serving as acolytes and in the church choir). With her grandchildren, “Nana” read many books and offered countless hugs. Together with Robert, she made many beach vacations and holidays especially wonderful. Their 50th anniversary celebration, and later Thanksgiving, spent with the extended family at Clear Creek Ranch formed priceless memories. Barbara remained a gracious hostess until late in life, always caring about others’ comfort.

The family wishes to thank HOPE Women’s Cancer Center, Hospice of the Upstate, and the Visiting Angels for their excellent care.

The Standard Cremation & Funeral Center is serving the Earle family and a message of condolence may be sent by visiting www.standardfuneralcenter.com.
Read Less

To send flowers to the family or plant a tree in memory of Barbara Earle, please visit our Heartfelt Sympathies Store.

There are no events scheduled. You can still show your support by sending flowers directly to the family, or planting a memorial tree in memory of Barbara Earle.
Visit the Heartfelt Sympathies Store

Posted Dec 07, 2020 at 11:47am
Bob, Susan, Rob, Catherine and families and Phil......So sorry for the loss of your loved one. You are in our hearts and prayers. Barbara will be remembered as a good loyal, caring friend! Beginning in our days as Stone Mountain next door neighbors, we shared unending children's school and outside school activities, carpooling, cheering on our children throughout elementary and HS years (especially years of boys' soccer practices and games, ending with a high school state championship!). Memories of Barbara include how knowledgeable she was on so many topics, her love of family, books, music, lakes & oceans, and, of course, the Nutcracker Ballet! Barbara was a special, brave friend that will always just be a thought away and always in our hearts 💕
Pat and Chuck Bokowy
Comment Share
Share via: 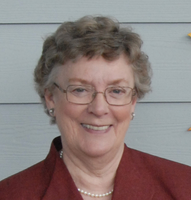