To share your memory on the wall of Barbara Benson, sign in using one of the following options:

Born in Galesburg, IL in June of 1940 to Donald W. and Eugenia H. (Miller) Nelson, she grew up on the Nelson Knolls Dairy Farm in Alexis, IL with seven brothers and sisters.

Barbara attended a one room schoolhouse as a child and graduated from Galesburg High School in 1958. She attended Knox College, graduating with a A.B. in Biology (1962). She went on to earn an M.S. in Biology from Pennsylvania State University in 1965 while pregnant with her first child and earned her PhD in Biology from Southern Illinois University in 1973 while juggling two small children and a move from Illinois to Lehigh Valley, Pennsylvania. Her dissertation was on dominance behavior and scent marking in fox squirrels.

Barbara met the love of her life, Brent Benson of Chicago, while at Knox College in 1959. They were married after Barbara’s graduation in 1962 and were partners together in earning advanced scientific degrees, navigating academia, raising their two children, and later pursuing many hobbies, including traveling and competitive sailboat racing.

Barbara served as a faculty member in the Biology Department at Cedar Crest College in Allentown, PA for 30 years, mentoring hundreds of students, researching and publishing on topics in animal behavior, ecology, and conservation, and finished her career in the early 2000s as Chair of her department.

Barbara was a champion of the environment, organizing and working with local Pennsylvania groups like the Saucon Association for Viable Environment (SAVE), writing letters to the editor, and attending city council meetings. She later took on scientific and advocacy roles with the Pennsylvania chapter of Sierra Club, evaluating the literature and legislation and testifying before local and state legislatures to promote laws and policies to preserve the environment and ensure clean water.

Barbara loved her grandchildren and spent as much time as possible with them reading, baking, playing, and hiking. Her love and patience were wonderful examples to us all, and she will be deeply missed by her family.

To send flowers to the family or plant a tree in memory of Barbara Benson (Nelson), please visit our Heartfelt Sympathies Store.

There are no events scheduled. You can still show your support by sending flowers directly to the family, or planting a memorial tree in memory of Barbara Benson (Nelson).
Visit the Heartfelt Sympathies Store 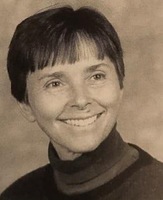